he arrival of the Formula 1 Grand Prix in Miami was undoubtedly a spectacle, and we are not only talking about what happened on the tracks of the International Race Track of this city, but also about the celebrities who came to witness this event that was presented for the first time in the port of Southeast Florida.

In fact, in some moments it looked like a complete catwalk because of the great personalities that attended, such as athletes, musicians, models and others. Here we leave you a recount with the best photos.

Undoubtedly, the figure of David Beckhamattracted a lot of attention, plus he spent a moment with the Mexican ‘Checo’ Perez. Sir David is a complete sports lover and always gets passes in the best places.

The same was the case with Michael Jordan, who was in the pits, spending time with drivers and other celebrities and sportsmen.

Tom Brady, QB of the Tampa Bay Buccaneers, also showed up and took advantage of the fact that the NFL has not yet started and he can spend some free time. For this weekend he chose well, after being in the debut of the Miami GP.

In fact, Brady took advantage of the occasion and had his picture taken with Lewis Hamilton, as well as with Michael Jordan and David Beckham. 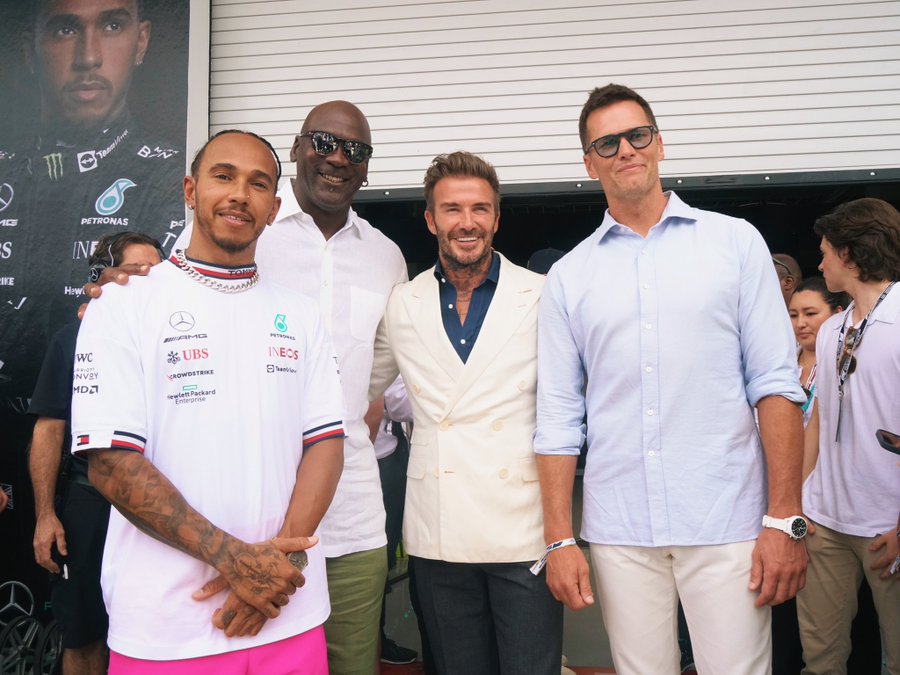 As if that wasn’t enough, Dwyane Wade, former Miami Heat player and Olympic medalist, as well as the Williams sisters and model Karlie Kloss were on hand for the event.

One of the most eye-catching characters at this event was reggaeton artist Bad Bunny, who in addition to appearing very elegant in a striking pink suit, was very close with Mexican Sergio ‘Checo’ Perez.

Rafael Nadal recalls: ‘I was tired against Roger Federer in Madrid’

“The only black man in the sport, so I wouldn’t expect fair treatment”- Lewis Hamilton fans furious after ex-McLaren mechanic reveals how they refused to work on his car during his rookie season