“We wouldn’t have drunk, eaten and completely useless” – Watch as Lewis Hamilton expresses his gratitude to his mothers for their sacrifice and support during his quest of becoming a F1 driver

Lewis Hamilton shares inspiring stories of the importance of his mothers as he rose through the ranks of motorsport.

Mercedes’ star Lewis Hamilton has always been the frontrunner to discuss topics of diversity and equality. There are campaigns and research in these fields which has the Briton as the face.

The hardships which Hamilton has faced growing up is something really inspiring for any human. He sat down to discuss his personal struggles and more importantly the value of family.

Let us look at two beautiful stories shared by the Briton with the women workforce in order to inspire and empower them.

Sacrifices made by Hamilton’s Parents

Lewis Hamilton shares a childhood struggle story that really helped him focus on becoming a race driver. Speaking about the sacrifices made by his mothers and dad, he added the below:

“She sacrificed all of her money, she did not go out buying new dresses. They were not out enjoying life in holidays as well.”

Also Read: Lewis Hamilton admits his pre-season statements might have been wrong

Discussing the mother’s love, he explained how things would have been different if not for the support of a mother. He explains: “I remember being home, she stitched my name into my first suit. She kept us warm throughout the weekend and had been completely useless.”

The seven-time world champion emphasized how the supportive structure was important. If it was not for that, their family would have been completely useless as per Hamilton. 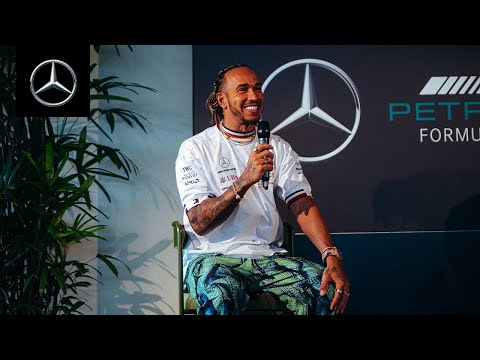 Taking Mom for the knighthood and meeting Queen Elizabeth

Lewis Hamilton recalls the experience of having his mother witness the knighthood ceremony. Speaking in the interview he said:

“Taking my mum there, she looked amazing, and I sent her to the shopping and she got all done up. She looked incredible. But I just remembered when we walk in she was on my arm and we had to separate.”

Adding on to the special moments, he expressed: “I had to do the kneeling and everything and swords on my shoulders. I just looked to my right and she was just standing there with the biggest smile I’ve ever seen. So that was for me one of the most special moments I have ever experienced,”

Hamilton reveals that he took his dad and stepmom to the MBE ceremony years ago and met the Queen for a while.

Why Stephen Curry’s mom Sonya told NBA son she considered aborting him: ‘It’s not a fairytale out here’

How Serena Williams Saved Her Own Life