Lewis Hamilton credited his success and achievements in his motorsport career to both his mothers as he spoke at a Mercedes event in Australia. Speaking about his inspiration, the Briton shed light on his stepmother’s involvement in his career and the support he received from female figures in his life.

Speaking about the women in his life who have empowered him, the Mercedes driver said:

“One of the reasons that I am here and I have the success today is, that I’ve got actually two mums, two incredibly independent empowered women. And actually, I’ve got a whole team of women who power me every day. There is a lady here, Angela [Cullen] who is with me 280 days a year. She’s got her own family. It’s actually seven years since we’ve been together today. She was actually mentioning yesterday something about seven years together is usually the limit.”

The seven-time world champion has often spoken about diversity and gender equality in the sport and believes a larger inspiration for it came from his own family. The Briton described his two mothers as the source of his empowerment. Additionally, he is often seen with his physio and trainer Angela Cullen, who he mentions as one of the women who powers him every day.

Describing his mother and stepmother’s sacrifices for his career, Lewis Hamilton said:

“But my mum and step mum. My step mum became my step mum when I was 2. And she was incredible, she sacrificed. My dad and my stepmom worked together to get me into racing. So, she sacrificed everything, all of her money, she didn’t buy any new dresses. They weren’t out enjoying life or on holidays, all of their money went into racing. And my dad couldn’t have done that alone. I remember her being at home and stitching my name into my first suit, keeping us warm throughout the weekend. Otherwise, we wouldn’t have drunk, we wouldn’t have eaten, we would have been completely useless. That supportive structure that both my mums have given me has really enabled me to excel. Also, we live in a world where there is not enough compassion and not enough empathy. I feel I really got that from both my mothers’ sides, my dad’s just a hard nut, work for butt off, very aggressive.”

In a unique move to show his appreciation for his mother Carmen Larbalestier’s role in his life, the Briton has applied to change his name to Sir Lewis Hamilton Larbalestier.

Although he admires his mothers’ contributions to his success, Lewis Hamilton believes his father Anthony Hamilton has always been a protective and important figure. The Briton revealed how his father could be strictly work-oriented and yet one of his biggest protectors in a non-colored world.

Explaining his father’s role behind his success, Lewis Hamilton said:

“My dad never gave me a hug when I was younger, it was all coming from my mums’ side. My mums would sit down with me and read, take me through all my classes. And without them, I wouldn’t be here at all. I talk a lot about my dad because he we’ve had a lot of hardships. I think my dad did sacrifice a lot, he had four jobs at one stage to keep me racing. He was also that protector for me, I was bullied a lot at school. I went to a school where there were not many people of colour, I was beaten up a lot. I was one of the smaller kids. I remember being at the track and I had that one black male figure with me as I was the only person of colour there, so he was very very important also.”

A special moment for Lewis Hamilton and his father, Anthony 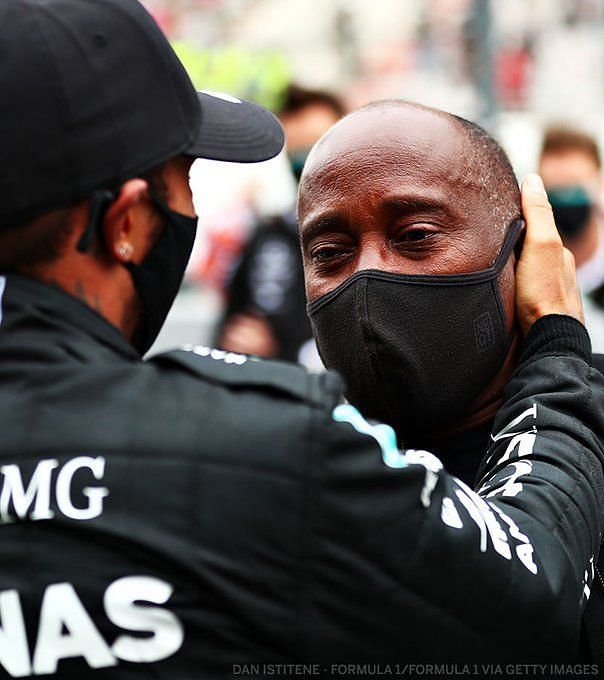 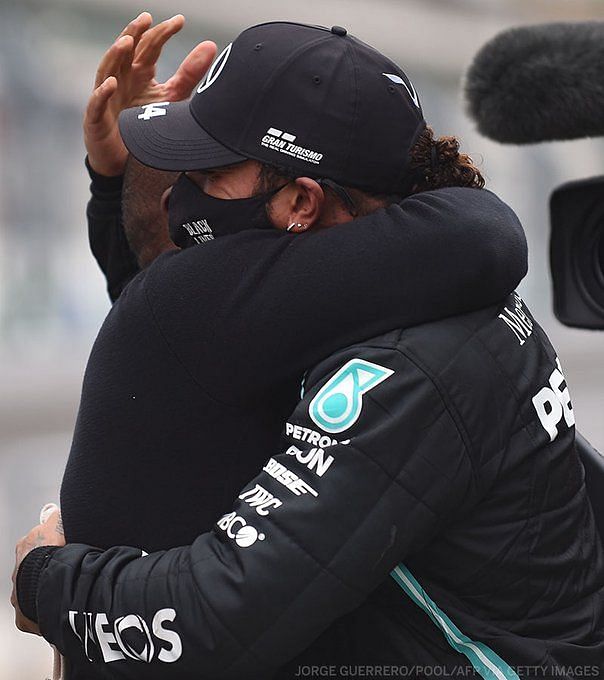 The seven-time world champion has often spoken about being bullied as a child and mentioned an anecdote related to it in Australia. Lewis Hamilton has championed the cause of diversity and worked against racism in the sport with the eponymous Hamilton Commission, which works closely with F1 to bring about change.

“Hopefully we get a…”: Patrick Mahomes Reveals His Desire For The New Baby As Gender Reveal Approaches Closer

Why Stephen Curry’s mom Sonya told NBA son she considered aborting him: ‘It’s not a fairytale out here’