by Adedapo Habibat
in Golf, News
0 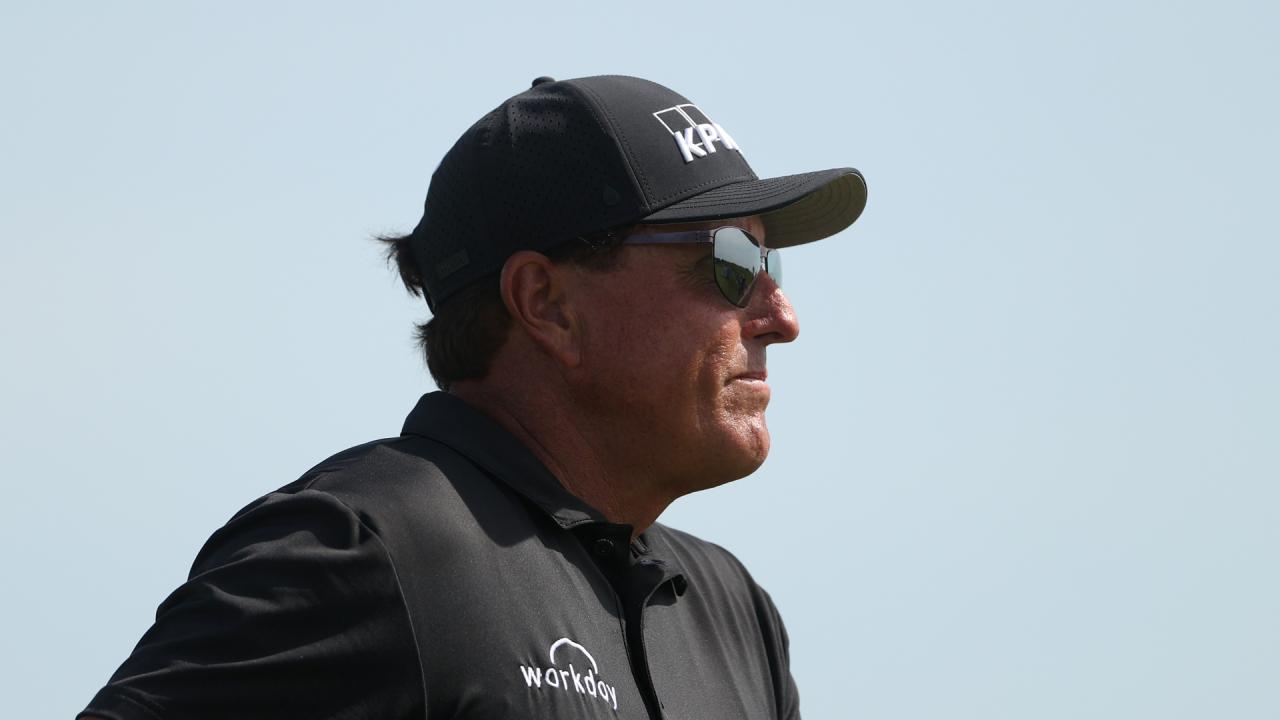 Phil Mickelson will not have the chance to repeat as a back-to-back winner at the PGA Championship. The 2021 winner told the PGA of America that he would be withdrawing from the event.

His decision not to play in the tournament extends what has already been a lengthy absence from the PGA golf world. The last time Mickelson appeared in a PGA tournament was the Farmers Insurance Open in January.

Mickelson has been dealing with fallout from comments he made about the Saudi Arabia-based golf league, LIV Golf, and for his criticism of the PGA Tour.

Here’s a look back at what happened that has landed the golf star in hot water:

When the breakaway Saudi-backed LIV Golf league was announced, Mickelson initially stayed quiet on his stance. The concept of the league was to draw the top golfers in the world away from the PGA with eight- and nine-figure payments just to join. The league is run by LIV Golf Investments, which is backed by Public Investment Fund (PIF), which is essentially the financial arm of the Saudi Arabian government.

But in February, Alan Shipnuck, who is writing a biography on Mickelson called, “Phil: The Rip-Roaring (and Unauthorized!) Biography of Golf’s Most Colorful Superstar,” reported that Mickelson had called him and brought up the league.

“They’re scary motherf—ers to get involved with,” Mickelson said, according to Shipnuck. “We know they killed [Washington Post reporter and U.S. resident Jamal] Khashoggi and have a horrible record on human rights. They execute people over there for being gay. Knowing all of this, why would I even consider it? Because this is a once-in-a-lifetime opportunity to reshape how the PGA Tour operates.

“They’ve been able to get by with manipulative, coercive, strong-arm tactics because we, the players, had no recourse. As nice a guy as [PGA Tour commissioner Jay Monahan] comes across as, unless you have leverage, he won’t do what’s right. And the Saudi money has finally given us that leverage. I’m not sure I even want [the SGL] to succeed, but just the idea of it is allowing us to get things done with the [PGA] Tour.”

Mickelson also called the PGA Tour a “dictatorship.” Shipnuck would later report that Mickelson’s gambling debts — that exceeded $40 million between 2010 and 2014 — might have led to his interest in the startup league.

Not long after Shipnuck’s initial report was published, Mickelson apologized for the comments, claiming they were made in an “off-record” interview and that his comments were shared “out of context and without my consent.” He also said he would be taking time away from golf to “prioritize the ones I love most and work on being the man I want to be.”

“But the bigger issue is that I used words I sincerely regret that do not reflect my true feelings or intentions,” Mickelson said in a statement. “It was reckless. I offended people, and I am deeply sorry for my choice of words. I’m beyond disappointed and will make every effort to self-reflect and learn from this.”

Mickelson stayed out of the spotlight for a while, opting not to participate in the 2022 Masters, the first time he missed the tournament in 28 years.

In late April, Mickelson began to set the stage for a return to professional golf. He registered for the PGA Championship and the U.S. Open, and requested a release from the PGA to participate in the LIV Golf Invitational Series. His agent said in a statement that Mickelson had “no concrete plans” on when and where he’d play next, but said that the moves were “rather to keep all options open,” according to ESPN.

At the same time, Yahoo Sports reported that there were concerns that Mickelson might go all-in for the LIV Golf Invitational Series, and that he had already registered for the eight events. The report said he had received $30 million up front for his participation, meaning that he would need to play in each event or return some money.

The PGA Tour could allow members to play internationally — the first LIV event is in London — but they would not be able to play in the U.S. for any non-PGA event. The second event in the LIV Golf Invitational Series is in Portland, Oregon. Monahan has threatened to suspend or ban any golfers that join LIV.

Mickelson then withdrew from the PGA Championship, despite the PGA of America saying that it would have welcomed him into the tournament. Next on the calendar would appear to be the LIV event in London, which is scheduled to take place from June 9-11.

How Osaka, Raducanu and Fernandez can learn from Sharapova’s growth on clay

Rafael Nadal recalls: ‘I was tired against Roger Federer in Madrid’

Indonesia Is Bringing Free Wi-fi To More Than 1,000 Villages This Year