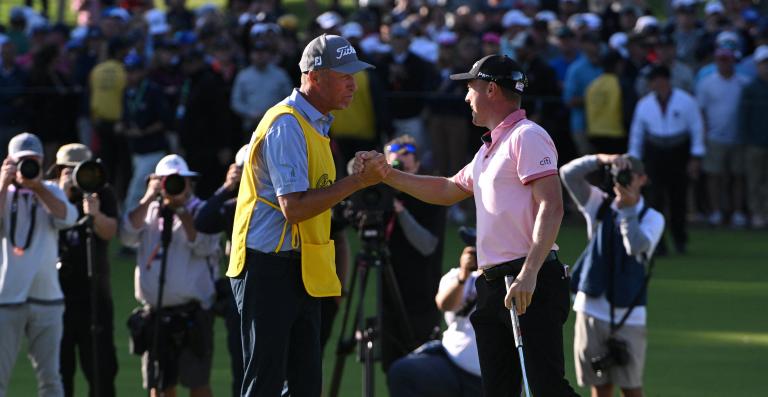 Jim “Bones” Mackay took home the flag from the 18th hole at Southern Hills after Justin Thomas picked up the second Wanamaker Trophy of his career.

Jim “Bones” Mackay is being touted as the best caddie the PGA Tour has ever seen following his guidance of Justin Thomas to his second major title.

Coming from seven shots behind, Thomas carded a 67 to reach 5-under-par and he went on to beat Will Zalatoris in a 3-hole aggregate playoff to win his second US PGA Championship.

Bones was equally as delighted and as the tradition goes, he took the flag from the 18th hole at Southern Hills to commemorate his sixth major win as a carrier.

But this has not always been the case for Bones in his illustrious career. In fact, after caddying for Phil Mickelson for 25 years, it was never the case.

In Alan Shipnuck’s new and controversial book “Phil: The Rip-Roaring (and unauthorized) Biography of Golf’s Most Colourful Superstar,” the author revealed that Bones was never given a flag from the five major titles that he and Lefty won together. 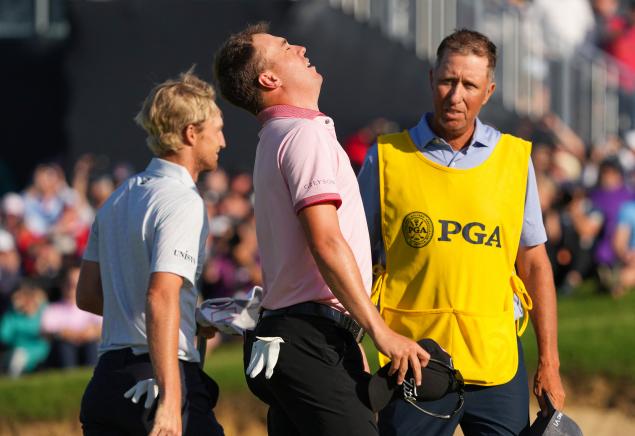 Mickelson kept a tradition of giving them to his grandfather who died shortly before his win at The Masters in 2004. “Mackay understood and respected that gesture, but 19 more Tour victories would follow, including four majors and he never got to keep a single flag,” Shipnuck wrote in the book released last week.

Shipnuck quoted a source very close to Bones that described Mickelson’s gesture as “a big f*** you to the caddie.”

“When Phil wins the Masters, he gets the green jacket, the trophy, the big check, all the glory. He had to take the flags, too?… For Phil not to follow the tradition was hugely disrespectful,” the source told Shipnuck.

When Mickelson and Bones split up in 2017, the six-time major champion sent his old carrier each major flag that they won together, but as they were plastered in autographs, Bones never displayed them in his house.

After Thomas secured the victory in Tulsa on Sunday, Bones said that he has a spot in mind for this one depending on the thoughts of his wife.

Thomas complemented the guidance and advice his caddie gave after his third-round 74 when all seemed lost. We certainly appear to have a flourishing and very successful partnership on our hands.

"The biggest role models in this generation are Venus and Serena Williams, and then Maria Sharapova" - Mats Wilander on the trio's lasting impact