Basketball legend Michael Jordan has won six NBA championships, made No. 23 legendary over the course of his career and still has fans today who will line up around the block for a chance to grab a pair of his iconic Jordans. However, for as much of an icon he’s become thanks to his prowess on the court, he’s kept his personal life fairly quiet.

That’s even more surprising when you consider that his wife, Yvette Prieto, is not only his No. 1 fan, but can almost always be found by his side whether it’s courtside at a Charlotte Hornets game or dressed to impress at a super-swanky gala. It’s rare for a celebrity couple to keep the flame lit and the relationship a private affair, especially since they both shy away from getting personal on social media. The couple was most recently spotted last summer by paparazzi vacationing in Croatia, and even that is a rare sighting

In fact, during 2020’s 10-part docuseries The Last Dance, producers shied away from including any interviews with either Prieto or Jordan’s ex-wife. Director Jason Hehir told The Athletic that he didn’t want to take on that angle of Jordan’s life. “I wasn’t interested in the opinion of any wife or kids in this,” Hehir explained. “We had the storytellers we wanted, and I felt like we had the story covered from every angle.” Producer Mike Tollin echoed those sentiments,saying they wanted to focus on Jordan’s work and not his personal life: “Michael is one of the most private people of our lifetimes. He’s glad this is over.”

While their life together is private, there are somethings that have been shared over the years about Jordan and Prieto’s relationship. Here’s what we know about Michael Jordan and Yvette Prieto’s marriage.

Related: 50 Best Michael Jordan Quotes to Up Your Game

Who is Michael Jordan’s wife?

Yvette Prieto is Cuban-American and grew up in Miami. She went to college for business management and worked as a manager at Beet the LBS, an LLC formed in 2010 that was shut down a year later, and Aqua Management, a property management firm, before becoming a model, working with designers like Alexander Wang. She can often be found in the front row of shows like Rebecca Minkoff during Mercedes-Benz fashion week. She has also appeared on the show Cuba: An Island Apart.

Prieto is 42 years old. She was born March 26, 1979. There is a 15-year age difference between the couple. That’s not all; the two also have a height difference. Prieto, at five-foot-six, is a full foot shorter than her six-foot-six husband.

How did Michael Jordan meet his wife, Yvette Prieto?

According to Marie Claire, Prieto and Jordan met while at a nightclub in Miami in 2008. BleacherReport.comnoted that the couple’s first public appearance was at Michael’s Genuine Food and Drink event in Miami. The date was cut short when Jordan was bombarded by fans asking him for his autograph. In 2009, they moved in together into a home in Miami. Jordan proposed to Prieto in 2011 while vacationing in Monaco. The engagement ring was estimated to cost seven figures!

When and where did Michael Jordan marry wife Yvette Prieto?

The pair were married April 27, 2013, at Bethesda-by-the-Sea Episcopal Church in Palm Beach, Florida. Us Weekly reported the wedding cost $10 million. Usherand Robin Thicke performed at their wedding. Over 300 people attended their big day including Tiger Woods, Scottie Pippen, Patrick Ewing and Spike Lee. Prieto’s wedding gown was a French silk J’Aton Couture gown with Swarovski crystals. The couple shared their first dance to K’Jon‘s “On the Ocean.” They had a seven layer white rum wedding cake that was adorned with crystals and the couple’s monogram. In lieu of wedding gifts, the couple opted to have donations made to the James R. Jordan Foundation. The wedding flowers were donated to the Jupiter Medical Center.

Does Michael Jordan have a prenup with wife Yvette Prieto?

Where do Michael Jordan and wife Yvette Prieto live?

Jordan has multiple homes and splits his time between Florida and North Carolina. He’s part-owner of the Charlotte Hornets so he has homes in North Carolina. One is a lakefront property in Cornelius, North Carolina. According to Fox Sports, Jordan purchased the home for $2.8 million in 2013, and it is located on the intersection of Lake Norman and the seventh hole of The Peninsula Golf Club. 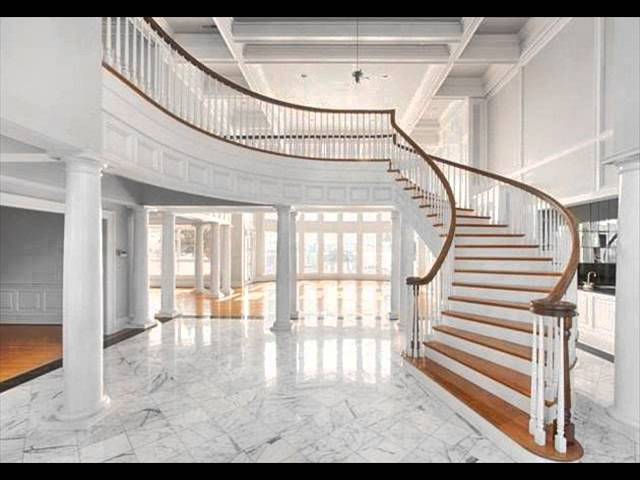 He also has a $12.4 million home in Jupiter, Florida in The Bear’s Club, a community designed by famed golfer Jack Nicklaus. The 28,000-square-foot house includes 11 bedrooms, a two-story guardhouse, basketball court and a cigar-friendly media room, per Echo Fine Properties.

How many kids does Michael Jordan have?

Seven months after Jordan and Prieto tied the knot, the couple announced they were expecting. On February 9, 2014, the pair welcomed twin girls Victoria and Ysabel Jordan, per Us Weekly. Much like many celebrity parents, the twins’ photos are rarely shared online. Jordan also has three children, Jeffrey, Marcus and Jasmine Jordan, from his previous marriage with first wife Juanita Vanoy. Jasmine serves as an executive for Nike Jordan Brand and has a child, 1-year-old Rakeem Michael Christmas, with former professional basketball player Rakeem Christmas.

Marcus Jordan played college basketball at the University of Central Florida and graduated with a hospitality management degree. He went on to open a Disney World-based shoe store called The Trophy Room before it transitioned to online sales in 2019.

Jordan’s oldest son, Jeffrey, also played college basketball at the University of Illinois before transferring to University of Central Florida. He works for the Jordan brand in digital innovation, lives in Portland and married Radina Aneva in 2019.

Does Michael Jordan have a secret son?

In 2013, a woman named PamelaSmith filed a paternity suit against the former basketball star, claiming she and Jordan had a secret “love child” when she got pregnant in 1995. She claimed that she had an affair with him during his marriage with Juanita. A year before, her son Taj uploaded a video to YouTube claiming that Jordan was his biological father. “The reason I am making this video, I have some exclusive, exclusive information I feel everybody should know. If you’ve been hearing any rumors that I’m Michael Jordan’s son on Twitter, Instagram, MediaTakeout, any of that … it’s true,” Taj said. A judge later fined Smith for lying about the entire thing.

In 1991, a former girlfriend named Karla Knafel claimed Jordan was the father of her child, but a DNA test proved that he did not. So the answer is, no, Jordan does not have a secret child.

Who was Michael Jordan’s first wife?

Jordan and Vanoy were introduced by a friend in 1985 at a Bennigan’s restaurant in Chicago. Jordan proposed to her on New Year’s Eve in 1987 and the couple married in 1989. Vanoy was a former model and worked as the executive secretary for the American Bar Association. In 2002, after almost 13 years of marriage, they filed for divorce for the first time due to “irreconcilable differences.” They got back together, but then ultimately divorced in 2006. She received a $168 million settlement in the divorce. She has not remarried and spends her time collecting art, practicing Bikram yoga and traveling throughout Europe

LeBron James Savagely Trolls Wife Savannah In Hilarious Reel: “I Love A Girl Who Can Slay One Day And Look Homeless The Next”

LeBron James Savagely Trolls Wife Savannah In Hilarious Reel: "I Love A Girl Who Can Slay One Day And Look Homeless The Next"