Maria Sharapova, born April 19, 1987, in Nyagan, is a Russian tennis player, known across the world for her skill with a racquet! Her world ranking in singles skyrocketed to No. 1 in 2005 and she was ranked the top player by WTA for 21 weeks in her career. She was quite the stunning athlete who dominated competitions with her mental and physical strength.

It was Martina Navratilova, an 18-time Grand Slam singles champion, who first noticed her as a young girl with potential. According to Navratilova’s advice, Sharapova and her father emigrated to Florida in 1994, where after some initial hardships, Sharapova secured a scholarship at the revered Nick Bollettieri Tennis Academy!

Sharapova turned pro at 14 in 2001 and quickly established herself as one of the most talented tennis players in the world. Soon, she became one of the youngest players to reach the finals of the Australian Open Junior in 2002 and then the girl’s finals at the Wimbledon Championships in the same year!

In 2003, however, she began to shine in the biggest stage, and made a mark in the circuit. Experts started noticing her as she started winning matches against the top players! After winning the Newcomer of the Year award in the same year, she extended her good form well into 2004. She created history by winning the 2004 Wimbledon championships by defeating Serena Williams in the finals. She became the third-youngest player to win a grand slam title, behind Lottie Dod and Martina Hingis.

Sharapova’s time on the circuit 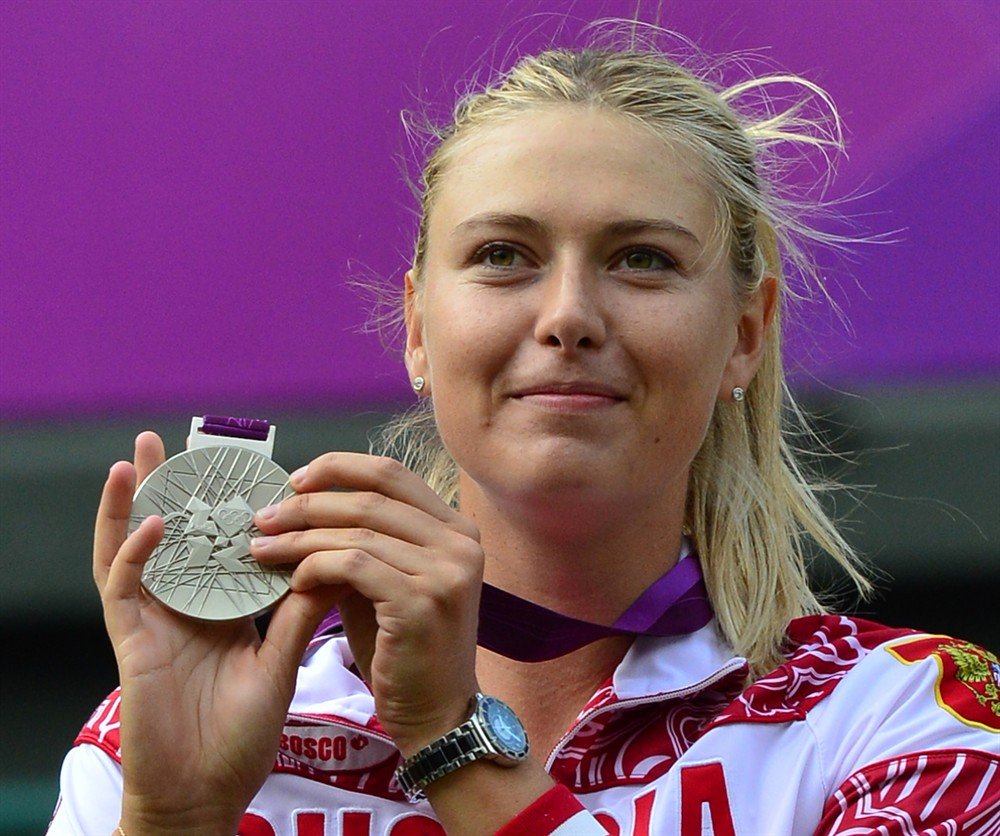 But, the Russian tennis player finished her career a few years after testing positive for the prohibited chemical meldonium, and received a 15-month suspension in 2016-2017. While she did make a comeback to tennis after serving her ban, she could not recreate her previous form on the tour. In February 2020, the five-time Grand Slam winner announced an unexpectedly early retirement from tennis because of a shoulder injury. In a career spanning almost 20 years, Sharapova secured 36 WTA singles titles to her name, including 5 Grand Slam triumphs.

Maria Sharapova and her endorsements

Tonal, Therabody, and Supergoop are among the health and wellness startups in which Maria Sharapova has invested. Among the brands she has endorsed are Motorola, Land Rover, Tag Heuer, Tiffany, Porsche, Gatorade, Tropicana, Evian, and Nike. As a partner and investor, the tennis champion and entrepreneur has joined the PitchBook platform.

Maria Sharapova founded Sugarpova, a popular candy and sweets brand, in 2012. According to reports, the company, in which she has a 100% stake, now earns more than $20 million per year. Maria Sharapova has won $38,777,962 in prize money in her tennis career.

In 2020, she also appeared on the show Shark Tank, in which entrepreneurs pitch their business ideas to a panel of high-profile investors. She turned down more proposals than she accepted and expertly navigated through the minute details of the proposals before making deals.

So, what is special about her?

From her astonishing maiden major triumph at Wimbledon in 2004 till her retirement, Sharapova was one of tennis’ ‘it’ girls. In 2010, she bagged the WTA Humanitarian of the Year award, the WTA Most Fashionable Player (on and off the court), and the WTA Fan Favorite Singles Player award. She is also the only Russian player to have won a Career Grand Slam. Her historic rivalry with Serena Williams on the court is one of the highlights of her career, challenging the 23-time Grand Slam champion in countless tournaments.

With her business ventures, she has also managed to establish a life for herself away from tennis. She recently announced that she was expecting her first child with her fiance Alexander Gilkes and we wish her all the best for this new chapter in her life.

‘Are You Gonna Be Able to Play Me?’- Serena Williams Jokingly Mocked a Recuperating Andy Murray at Wimbledon Championships

Coach: Young Maria Sharapova was introverted but her confidence was sky high