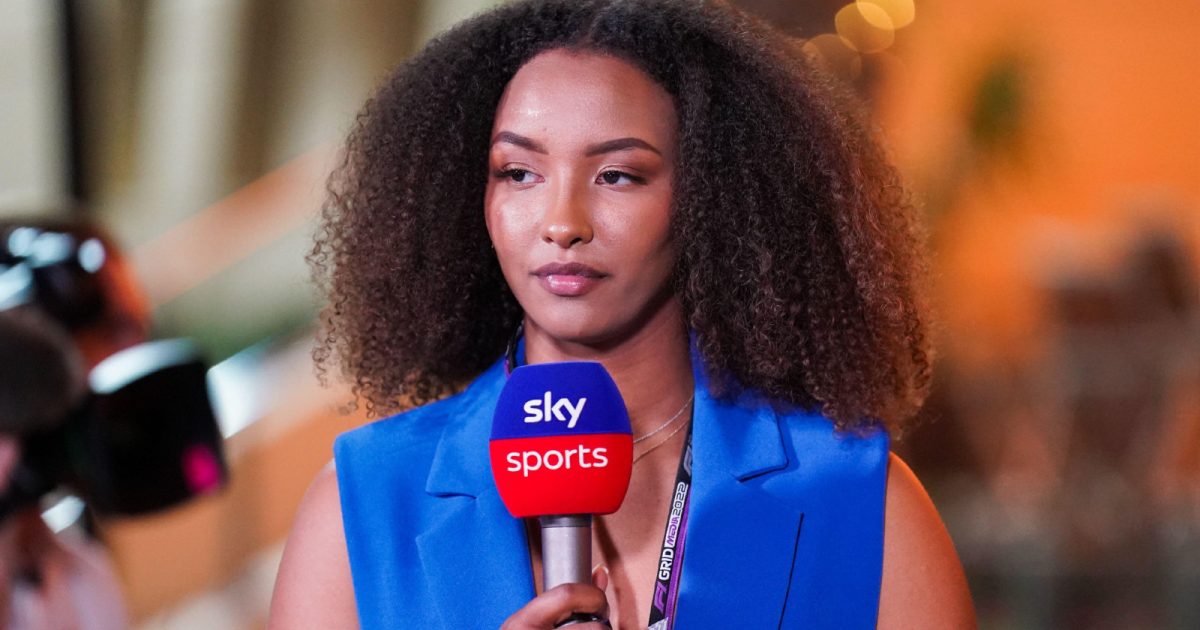 Lewis Hamilton has defended Naomi Schiff after the broadcaster came under attack on social media.

The seven-time former World Champion took to social media to defend Schiff after the broadcaster was singled out for criticism and bullying on Twitter.

Schiff, a Rwandan-Belgian racing driver who grew up in South Africa before moving to the UK, has joined the Sky Sports F1 team for 2022, offering her broadcasting and punditry skills after a season’s racing in W Series in 2019. She was appointed as the series’ diversity and inclusion ambassador in 2020.

A poster on Twitter shared a picture of Schiff in her W Series racing suit, with a caption casting aspersions on her qualifications for the TV role she is fulfilling.

The post triggered further negativity about her appointment. However, there was also plenty of support for Schiff as the post began to circulate across ‘F1 Twitter’.

Schiff herself retweeted the offending post, which is no longer viewable as the poster has restricted their account, labelling it with a yawning caption.

Hamilton, one of Schiff’s high-profile interviewees this season, offered his support as he took to Twitter on Tuesday.

“Naomi is an ex-professional racing driver & totally qualified to give her opinion as part of the Sky team,” he wrote.

“She’s been a great asset since joining & we should welcome more representative broadcasting with open arms. Still have a long way to go to change these attitudes in sport.”

The support for Schiff has since escalated, with many paddock insiders condemning the original post.

“Rarely get to see any of Sky’s coverage of F1 (due to working at the same time),” wrote journalist Chris Medland. “But from what I have seen of it, there’s no doubt Naomi Schiff has been a brilliant addition. Big fan of her style.”

Another well-renowned F1 and Formula E journalist, Hazel Southwell, also defended Schiff, saying: “You’re brilliant, an excellent addition to the team and your trackside pieces are an absolutely perfect example of how to do motorsport coverage that helps the viewer analyse what they’re seeing – so important with the new regs.”

Claire Cottingham, a freelance F1 journalist, said: “Lewis Hamilton once again the voice of reason in motorsport and showing his support for Naomi Schiff. Thank goodness we have a driver like this speaking up.”

Alice Powell, currently racing in W Series, also showed her support for Schiff as she tweeted at the Sky presenter.

“Stephen Curry and Ayesha Curry own a piece of a $13.5 billion company!”: The Warriors superstar and his wife bought into Pinterest, which has now fallen by nearly 80%