Serena Williams is one of the most celebrated tennis players of all time. With numerous titles to her name, the former World No. 1 has repeatedly proved why she deserves to be called a legend. While the 23-time Grand Slam champion holds a long list of records, one record with sister Venus remains amongst the top ones.

The sisters have competed against each other and given the tennis world some of the most memorable matches of all time. Apart from being on-court rivals in singles, the two have also teamed up on various occasions. However, unlike any other women’s doubles team, the two have had 100% success in the Grand Slam finals. This is a feat that remains untouched by any other doubles team.

The Grand Slam success of Serena Williams with sister Venus

While Serena and Venus have played doubles at various points in their career, the two have reached the finals of Grand Slams on 14 occasions and have emerged victorious on each occasion.

Maintaining the form, in the same year, the two also won the US Open. However, the winning legacy of the two had merely started. With each year passing, the two won slam after slam up till 2016.

In 2016, the two reached their last Grand Slam final at Wimbledon and outplayed the pair of Tímea Babos and Yaroslava Shvedova. 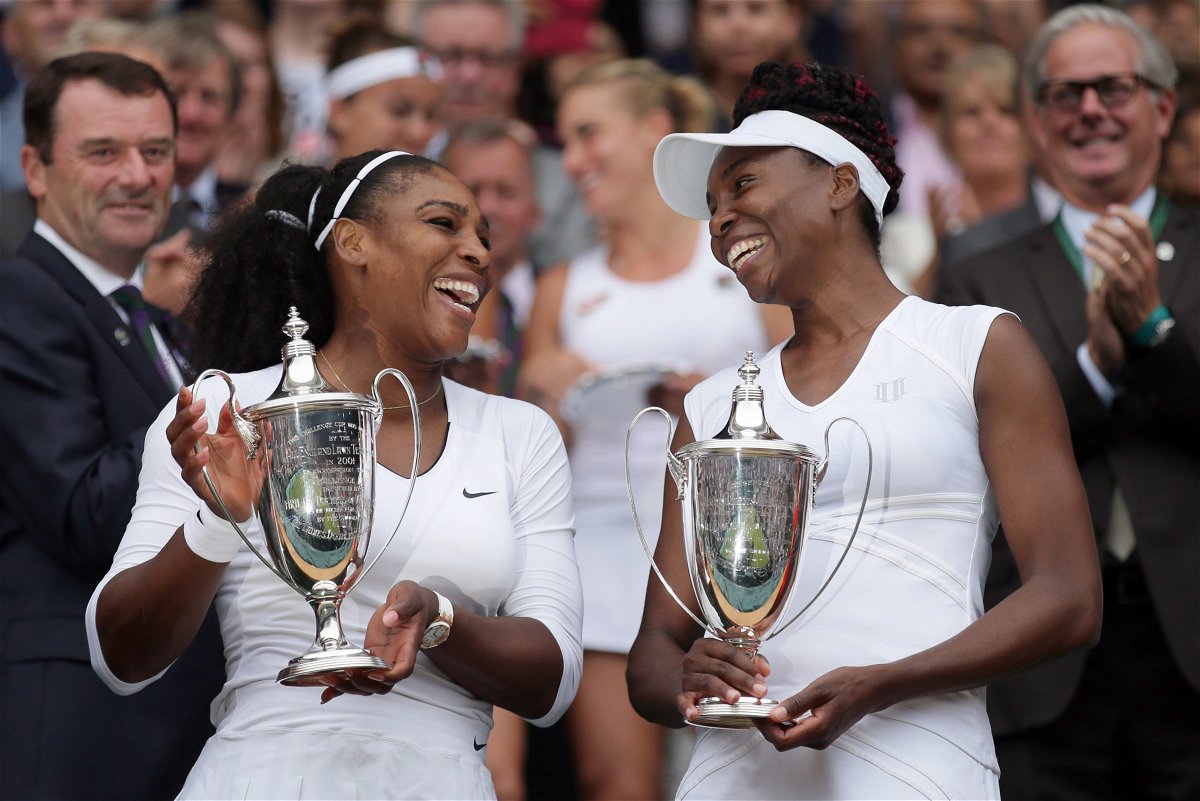 Looking at the record, the sisters together have 4 Australian Open titles, 2 French Open titles, 6 Wimbledon titles, and 2 US Open titles to their name.

While the two played their last doubles together in 2018, they continue to try their hands in the singles draw. As they haven’t called time on their careers, fans still retain hope that the Williams sisters will compete in doubles.

STEPH CURRY3-YEAR-OLD DRIBBLES TWO BALLS AT ONCE… Just Like Daddy!!!

STEPH CURRY3-YEAR-OLD DRIBBLES TWO BALLS AT ONCE... Just Like Daddy!!!

SERENA WILLIAMS TO TRAVEL TO WIMBLEDON WITH COACH OF SISTER VENUS, FOLLOWING SPLIT FROM MOURATOGLOU

‘Someone Took a Dump in the Cup’: When Phil Mickelson Experienced an Appalling Golfing Situation