Her man Stephen Curry may have captured his fourth NBA World Championship just weeks ago.

But all eyes were certainly on Ayesha Curry.

Steph Curry To Ink $1 Billion Lifetime Contract With Under Armour

The 33-year-old cookbook author and television personality turned heads as she hit the red carpet at the premiere of highly-anticipated horror flick Nope in Los Angeles on Monday night. 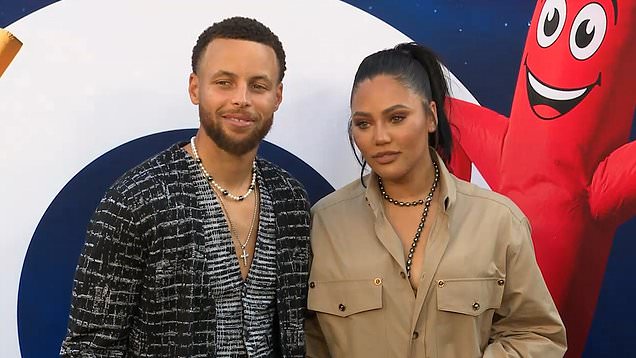 She was not alone as she was joined by 34-year-old Golden State Warriors superstar Stephen at the star-studded occasion.

Ayesha put on a leggy display in a beige blouse mini dress along with black pantyhose, and matching heels featuring a jeweled strap.

She accessorized with a dark silver ball necklace and matching hoop earrings.

Her raven-colored tresses were put in an updo as she sported complementary make-up topped off with nude lip.

Last month the eight-time NBA All-Star lead his Golden State Warriors to their seventh World Championship as he became the NBA Finals MVP for the first time in his career.

Ayesha and Stephen first met as teenagers and got married in 2011, before renewing their vows this past September.

It was a star-studded affair as leading lady Keke Palmer showcased her incredibly toned midriff in a plunging white crop top and low-rise black maxi skirt to the premiere of her upcoming UFO horror film premiere in Los Angeles on Monday evening. 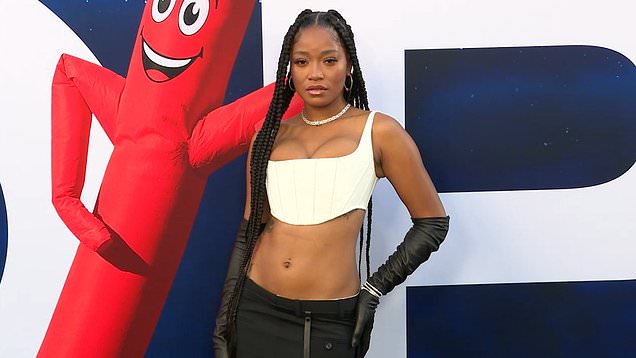 For the star-studded occasion, the 28-year-old Scream Queens actress oozed confidence as she put her ample cleavage on display and posed for solo shots with one hand on her hip.

Her waist-length tresses cascaded down past her shoulders in braids and she completed her edgy ensemble with a diamond necklace and black leather gloves that reached up to her elbows.

Meanwhile, Kelly Rowland commanded attention in a sexy figure-hugging gown with semi-sheer panels across her midriff and multiple cutouts on her hips.

As she flaunted her famous curves and plenty of skin, the 41-year-old singer, who rose to fame in the late 1990s as a member of Destiny’s Child, grinned at photographers.

Her glowing makeup look consisted of a glossy nude lipstick sultry grey eyeshadow and blush for a healthy and youthful glow.

Lupita Nyong’o also opted for a racy look as she arrived in styled to the red carpet looking nothing short of sensational in a low-cut black minidress and matching heels.

The Kenyan-Mexican actress, 39, sported her hair in double buns and rocked a blue eyeshadow and red lipstick for a fun pop of color. 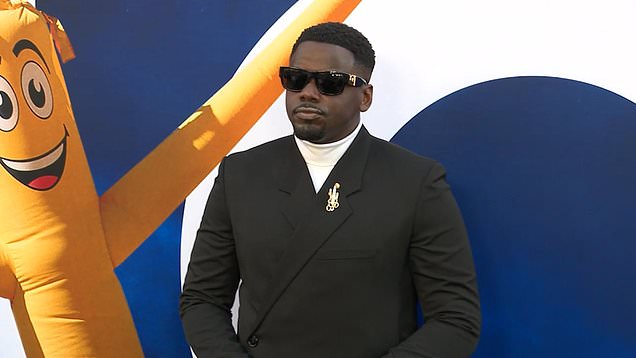 Nope, which was written, directed, and co-produced by Jordan Peele stars alongside Palmer and Daniel Kaluuya.

The Judas and the Black Messiah star, 33, and the True Jackson VP actress lead the film which centers around, ‘residents of a lonely gulch in inland California’ who ‘bear witness to an uncanny and chilling discovery,’ according to the film’s IMDb page.

Nope will be the third feature-length film written and directed by Jordan Peele. It follows up the 2017 movie Get Out and the 2019 film Us.

Nope is set for release on this Friday, July 22. 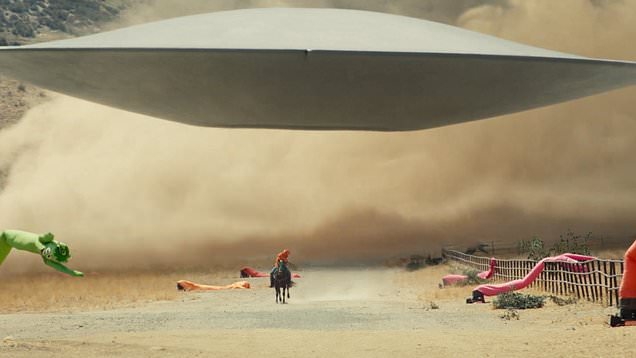 Michael Jordan Reveals The Origins Of His Beef With Isiah Thomas

A Fifth-Hand Run Down Christmas Gift Set Lewis Hamilton off to Be a $285 Million Worth F1 World Champion: “I Won With It”

A Fifth-Hand Run Down Christmas Gift Set Lewis Hamilton off to Be a $285 Million Worth F1 World Champion: “I Won With It”