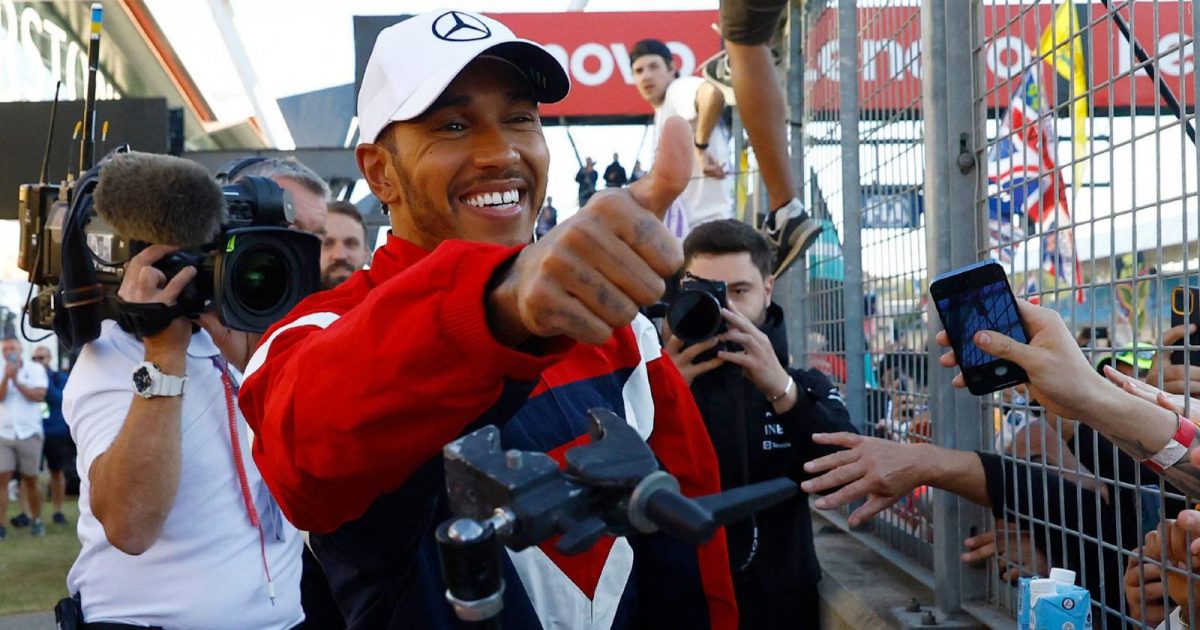 Lewis Hamilton has offered his support to three young karting prospects by inviting them as his guests to Silverstone.

Cordell, Miles and Joshua are all 11 or 12 years old and trying to make their way through the karting ranks, as Hamilton did at a similar age.

Along with a video posted on social media, Hamilton said: “This year I invited these three talented drivers to Silverstone.

“It’s so important to pay that forward, support young talent and work to ensure the future of motorsport is more diverse than the present.

“Joshua, Miles and Cordell thank you, I’m proud of all of you.”

The video shows the trio’s gleeful reaction to hearing they were to be guests of Hamilton at Silverstone – understandably astonished at the news – and then being issued with their passes for the event.

“One of my favourite dreams is to become a Formula 1 driver,” says 11-year-old Cordell.

When I was a baby I enjoyed Formula 1 and when I turned six my dad got me into racing.

“I’m currently karting and I do three championships. One being at Buckmore, one being at Rye House (where Hamilton used to compete) and one being at Club 100.”

This year I invited these three talented drivers to Silverstone. It’s so important to pay that forward, support young talent, and work to ensure that the future of motorsport is more diverse than the present. Joshua, Myles and Cordell thank you, I'm proud of all of you. pic.twitter.com/Kcd8NZW4y5

Miles Harrison, 11, said of his beginnings in karting: “It all started in 2019. My first time was at Buckmore, tried it out and came seventh. It was a good start. [Now] I’ve won more than 60 trophies.

“When I first started karting I’d been watching a bit of F1. I’d seen how they drive and I wanted to be like them one day.”

Joshua Bugembe, 12, said he had 40 trophies in his collection already.

“My motto is ‘always forward’,” pointed out Joshua to the words on his race helmet, along with the flags of his “three nationalities” – British, Ethiopian and Ugandan.

Hamilton will continue his quest for a first victory of the season at the French Grand Prix, with the Paul Ricard circuit expected to suit the characteristics of the Mercedes W13 car.

The seven-time former World Champion has finished a highest placing of third this year – four times in all, including at the latest three races including Austria last time out.

Michael Jordan spent $48,000 to ice himself out for Kobe Bryant’s HoF induction

Michael Jordan spent $48,000 to ice himself out for Kobe Bryant’s HoF induction